Getty Images has recently launched a new tool that allows anyone to embed the professional photos in their catalogue on non-commercial websites free of charge. When hovering over images in Getty’s massive catalogue, you’ll now see a button to embed a chosen image. Copying the given html embed code will allow you to easily insert this image on your site, with proper attribution included (like the one you see here below, which is one that I have licensed with Getty):

As a Getty contributor, I have mixed feelings about this newest move. I realize that photos are used all the time without respect to copyright (I get many  hits each day on my photostream from Pinterest, for example, even though I’ve never shared anything there), and can see this as a move to at least start acknowledging others’ work. But I wonder how much incentive is left both for clients to purchase my images, which are now freely available in the public domain, and for photographers like myself to continue to contribute them.

I love the idea of sharing and collaboration, but I worry at the same time about a future where people expect everything for free. While this post pertains to photography, I see similar discussions happening around all sorts of other creative industries from music to graphic design. I love getting things for free too, but I certainly don’t like working for free. Fortunately for me, photography is a passion and a hobby and not a source of income that I rely upon, but I worry about anyone who is trying to make a living off their creative talents. Aside from ‘credit’, what is their incentive to create new work?

Learning 2.011 in Shanghai has been a whirlwind weekend of fantastic resources, networking, and thinking about the role that technology plays in education. I was fortunate to attend the conference with several of my colleagues, but have also gained tremendously from the wider network that collaborated and shared what they’re doing at their schools. The greatest benefit of Learning 2.011 (and really any other conference that I’ve been to) came from people actively collaborating and sharing tools, ideas, and strategies that have worked well for them. 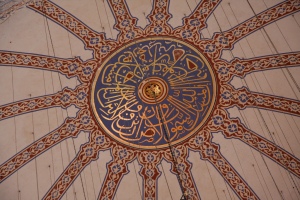 It’s only fitting then that I started the first Monday back by collaborating with one of my wonderful colleagues at school by sharing some of my photos of patterns with her kindergarten students. We talked about the differences between natural patterns and those created by humans, and even found some patterns that managed to be a combination of both.

I haven’t done a good job of sharing my photos in the past, as creative commons licensing is a bit of a dilemma for me. I do sell some of my photos, and so I have to actively control what’s out there and what people are using it for. If a company wants to buy one of my photos, they need to be assured that they’re paying for something that people haven’t already used elsewhere for free. Still, I always tell the teachers and students that I work with about the merits of creative commons, and so it’s time I walked the walk and started sharing, even if just a little. Creative commons does allow me to limit this sharing to properly attributed non-commercial uses, and it only feels right to start giving back to a resource that has been of benefit to me.

There’s no such thing as bad publicity, and if people start looking at my creative commons licensed photos, they might just happen to see another copyrighted one that they’d like to buy (or trade for more delicious Shanghai moon cakes!).

As a mostly amateur, but sometimes pro photographer, I struggle with finding the perfect balance between being able to share my work and also protect it from being misused. I’ve blogged about people stealing my photos before, and I’m certainly not alone in having this happen (this guy’s story is particularly unbelievable). But as I begin to sell more of my work online, I’m finding it increasingly frustrating. Half the time when I find my work ripped off, I would have gladly let the person use my photo had they simply asked permission and then acknowledged me as the creator of the work. 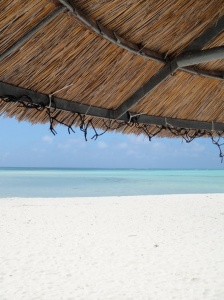 One of my most frequently plagiarised photos. I've had to ask sites advertising for things in Bali and Hawaii to take this photo down (never mind that this is actually a photo of Saipan). © 2010 Brian Farrell

The latest case of this blatent sort of copyright infringement that I’ve discovered is a site called weheartit that is copying and indexing millions of photos, many of which have been clearly marked as copyright, and even worse, many of which are copied off of sites offering them for sale. This isn’t the first site to do this, as Tumblr has already been driving many a photographer crazy for years, and there are plenty of others out there, but this site is particularly malicious in that it doesn’t seem to have any other purpose aside from ripping off people’s work.

The agency that I have some photos licensed with, Getty Images, will go to bat for photographers and have their legal team contact these sites to remove photos that they represent. Unfortunately, beyond this, it’s up to individual photographers to use reverse photo search engines like TinEye and to keep a close eye on referring site statistics to try to catch their work being misused. The internet is kind of big though, so it’s impossible to catch everything.

As educators then, I feel it’s incredibly important that we instill a strong sense of ethical behaviour in our students when it comes to using work that they’ve found online. There are fantastic sources like Creative Commons that students have available to them to legally access and use creative works, and we as teachers need to be making the use of these sorts of tools a standard requirement. Whether it is written, sung aloud, painted, danced, or in a photo, work created by someone else must be acknowledged and ethically reproduced. The medium does not matter, and any other sort of behaviour is plagiarism.

For one day last week, I was a Flickr celebrity. Somehow my photos were picked up by both the Yahoo Editorial blog feed and the main Flickr blog, which sent my photo view statistics through the roof. Over the past three years or so, I’ve had somewhere in the neighbourhood of 35,000 views of my photos. That day I received 47,000.

Being in the right place at the right time was certainly important in getting my photos seen, as they were from an event that was just starting (the Sapporo Snow Festival). Using tags and keywords effectively probably also helped. The fact that my photos, while being of an event in Japan, were searchable in English may have had something to do with it too.

Strangely, far more of my views came from people who were looking at the Yahoo site rather than the Flickr blog. I find this interesting, because despite my attempt at mining through Yahoo and its associated sites, I can’t seem to find anywhere else that they have these photos featured. Things like this can get me nervous, as it means that my photos are potentially floating out in places that I don’t know about. 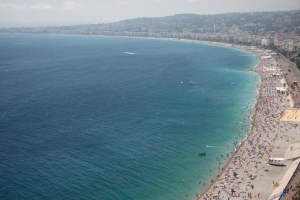 Nice and the Mediterranean ©Brian Farrell

I’m certain that this is happening with a couple of my photos of Nice, France already, but searching for images and their associated websites is a whole different ballgame than searching for other web links. Flickr does allow you to see incoming links to your photos (and so I can know very important things like searching for ‘horse punch’ in Google images will bring my picture up 5th in the results), but there appear to be ways for websites to circumvent this. Add to the fact that some of my pictures look very much like other pictures out there of the same thing, and it becomes very difficult to sort out which ones out there are mine.

That or someone I know just really wants to go to Nice, and keeps admiring the view in my photos. If that’s the case, they should know that while it’s a nice city, the beach was a bit of a disappointment.